Sia, a girl who is always on fire in her ways. People says she is insane, can't be quite and always jump every places with troubles that would be never ending, another ones said she is innocent cute silly girl with devil inside.
She just curious with things, very inquisitive and alone. She think she is pretty enough, have confidence and on fire but why no good man wants to be with her? Her curiosity calls her again deep inside her brain. She ever thought it is because a curse
from somebody who loves her dad until her dead! Another story for having smart charming dad who lot of women after him like crazy, but he has chosen a small warm woman, Sia's mother and ignored others with his coolness.
So, she needs a man!
She joined a dating site!
She met once, a good guy and become good friend until now.

They met, shook hands, and,
R : I Wanna drink beers now.
S : huh?! In daylight, you need beers?!! (You've drunk already, i can read in your face!)
R : yes.
Hey broo, do you have beers?! (Asked to COFFEE Cafe waiters!!)
The waiters of that cafe showed the direction to another cafe that provides beers.
They sat there, another waiter gave info about promo of beers, buy 3 bottles of beers just 75 something. He agreed.
He drank, smoke and smoke and smoke again and the 1 bottle done.
Sia had no feeling to Rat, he couldn't understand what she said, she needed to explain more details again and again, indeed he got drunk already.

Sia ate her foods and drank her lime alone, she texted him,
'Rat, are you not coming back?!'

She knew it for sure, he was really a Rat! Quickly Disappear or dead in toilet hopefully. She faced the 2 bottles of beers which Rat has ordered. She drank 1 bottle in silence. She saw a handsome man cross her table. She was high and too much confidence, she went to that guy's table and asked him to accompany her for awhile. He agreed and while Sia drank those 2 bottles, the guy heard every story of her with Espresso coffee only. He left, she was alone again. She was 4 hours or more in that cafe, spicy moment for her and she felt like eating very very spicy fried rice, she got it.

She asked many online and offline friends to go clubbing with her, but they are have their own business. She was alone again and again. But, wait she looked at the table, Rat left his Cigarette Lighter for accompanied her. At least, she had a memory from Rat.
Cigarettes Lighter.
The one that heard the conversation between two, where Rat lied about his age and his family stories, Sia explained too much to make him understand a word, saw cheap mobile phone of Rat that supposed to be a sign for Sia about him and the one that saw Sia's expression while she was alone and got aching in her stomach because of beers and super spicy fried rice. 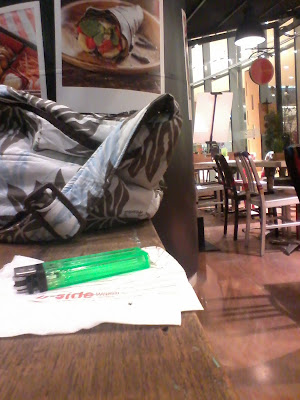 Email ThisBlogThis!Share to TwitterShare to FacebookShare to Pinterest
Labels: drama 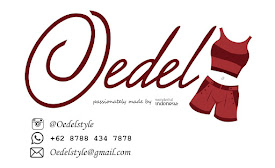 Be Bold is sexy! 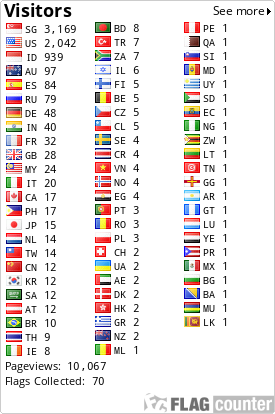